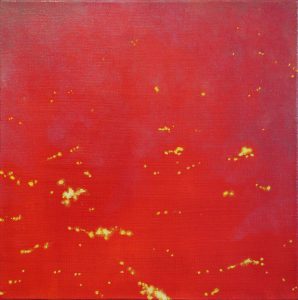 The so-called revolutions of 1848 were but poor incidents — small fractures and fissures in the dry crust of European society. However, they denounced the abyss. Beneath the apparently solid surface, they betrayed oceans of liquid matter, only needing expansion to rend into fragments continents of hard rock. Noisily and confusedly they proclaimed the emancipation of the Proletarian, i.e. the secret of the 19th century, and of the revolution of that century.

Karl Marx, Speech at the anniversary of the People’s Paper, April 14th, 1856, London

Dry Crust and Oceans of Liquid Matter takes the volcano as a figure through which to think contemporary art production, political discord, and lived space; the exhibition raises the question of how to understand the molten history of these reified objects of thought.

The volcano’s structure and way of functioning unite two physical contradictions: liquid, heated matter, which is in permanent transition on the inside, and a cooled, firm layer on the outside, which keeps this undefined substance within a solid framework. This geological metaphor is mapped onto the interior architecture of Horse & Pony, beginning in the basement chambers of the space, reminiscent of lava tubes, and moving out and up into the more open, caldera-like upper level of Horse & Pony. We are left with the phenomenon of revolution, objectified as lava, which tries to escape and extinguish the hard structures we see and move amongst.