Living Temple Residency – The Creation of a Ritual

We would like to invite you to participate in the project Living Temple Residency – The Creation of a Ritual.

“Any ritual is an opportunity for transformation. To do a ritual, you must be willing to be transformed in some way. The inner willingness is what makes the ritual come alive and have power. If you aren’t willing to be changed by the ritual, don’t do it.”
– Starhawk, American writer, teacher and activist

During seven days of this ongoing project, the artists will work together, as a community to co-create a Ritual that will be shown on the 7th of July. In order to do so, each of them will create an activity – following the concept of creation or ritual during the week of production – residency.

It is important to understand that we are not preparing an exhibition in the traditional sense, so the concept of the space as a gallery or a show room should disappear and be reappropriated. The public is invited to visit during the opening hours while the ritual is ongoing. Also during the seven days of ritual in progress and the ceremony the audience should be able to be part of the activities – the public gives something to the ritual as the ritual give something to the viewer by creating and interacting.

Introduction:
Breathe three times and extend your right arm in front of your solar plexus drawing a circle in the air. Now bring your emotion inside your body using your hand.
Rituals protect our emotions.

Every culture, every society, every group has its own rituals. They appear and repeat in patterns where you cannot always tell beginnings from ends – like circles. A circle symbolizes a movement that goes back to its origin. The action during a ritual strengthens the awareness of the process as a whole; performed in ceremonies, rituals allow the collective purification of the soul.

Now, extend your left arm over your head drawing a circle in the air and bring your ‚I‘ inside your body using your hand. Feel your lightness. Rituals make us understand our position in our universe.

Ritual practices can be the repetition of a movement, the worship of spirits or the withdraw into solitude to achieve cleansing and freeing from the ballast. Rhythm, music, fire, scent and silence can play an important role during a ritual and indicate the processual character of a transformation: the symbolic origin of the ritual is deep inside us.

Now, close your eyes and exhale all the air inside your lungs. All of it. And forget time. Forget what’s surrounding you. Feel the moment. Rituals connect us with higher emotions.

The aim of this project is to explore the relation which exists between the creation and production of rites and the creation and production of art in seven days. During these days, the participants will explore and develop from day to day their own common ritual involving gestures, words, objects, healing, sound in order to interconnect with each other and to inhabit the space. 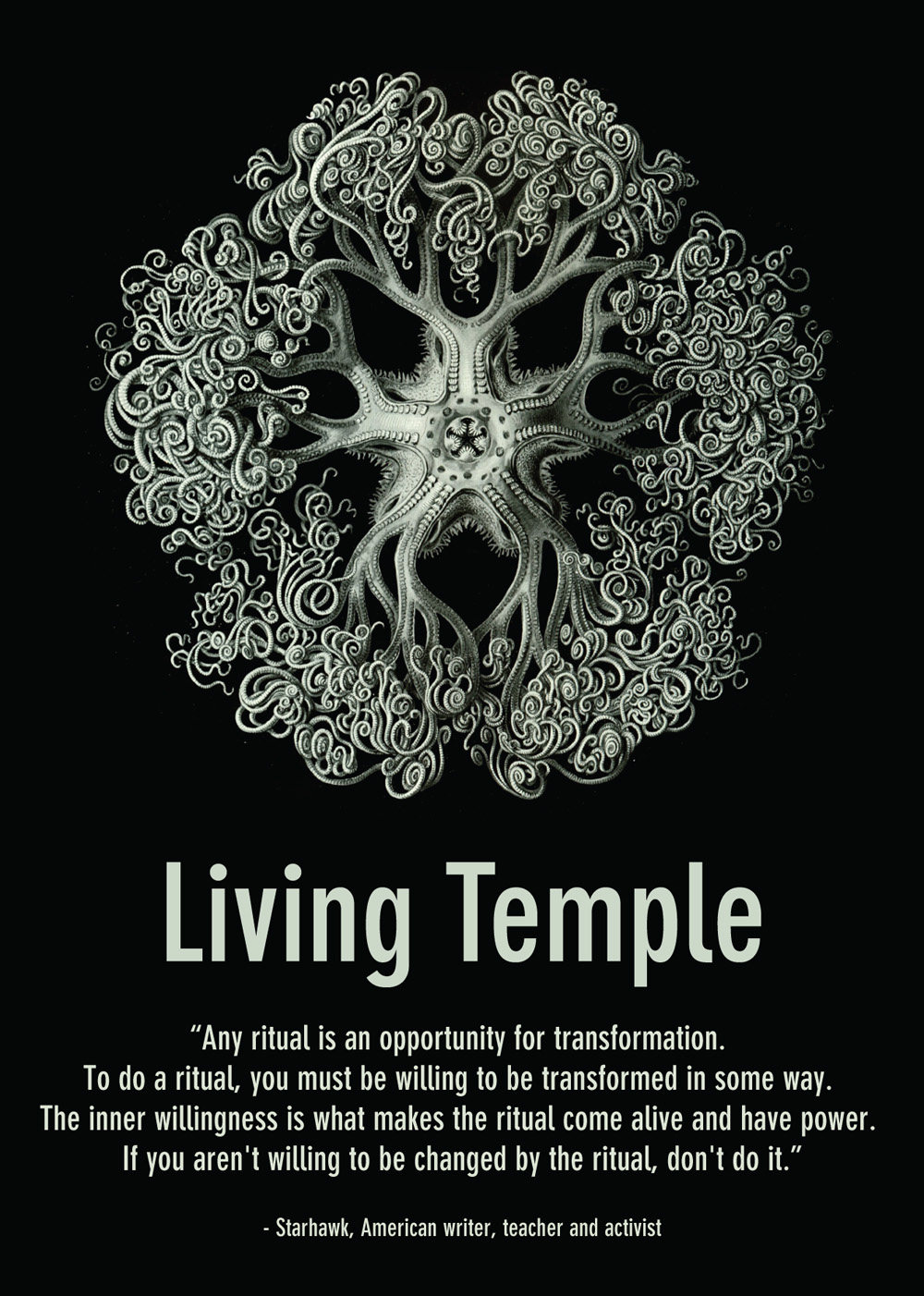 The creation of a Ritual