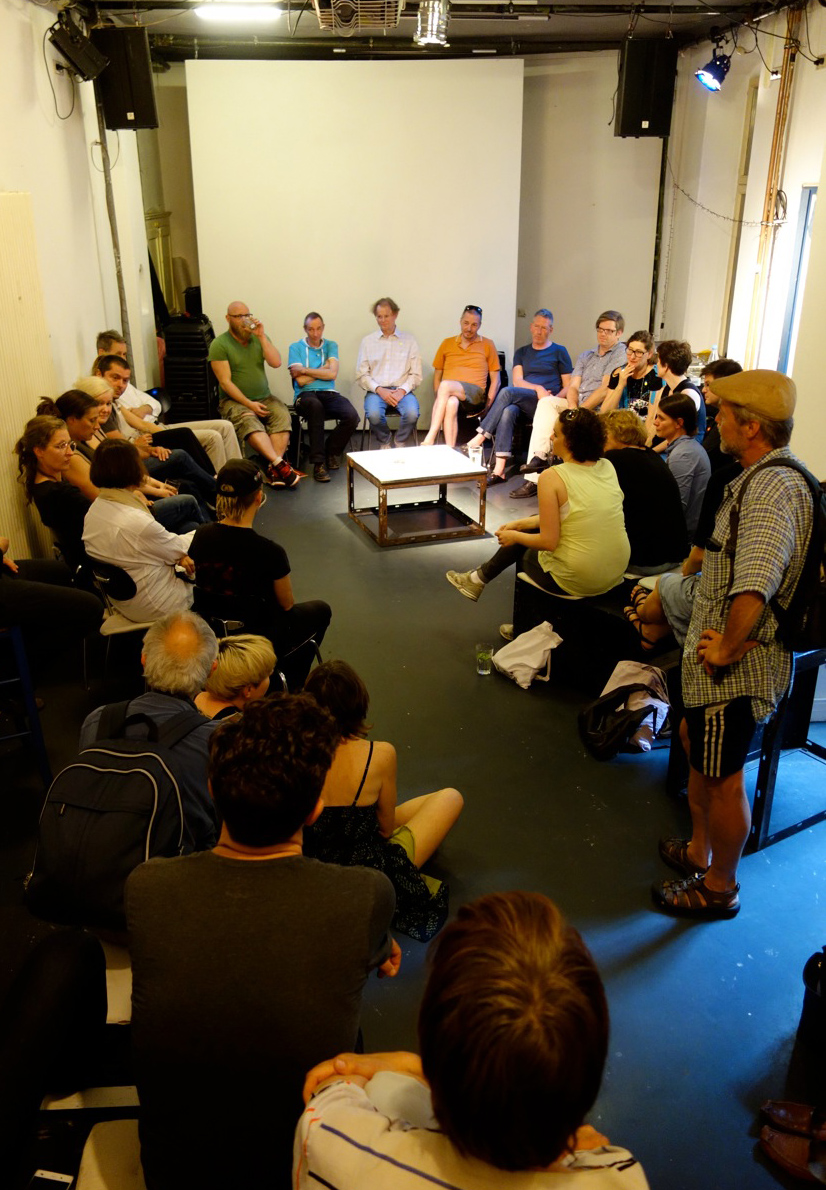 Alternative creative arts spaces (old and new) in the city: Lessons and challenges
presentation by Robert Hollands (sociologist and professor, Newcastle University, UK)
followed by an open round table discussion with creative practitioners and writers from Berlin and residents of KuLe about sustainable frameworks and KuLe’s future development.

Robert Hollands:
„Despite the rhetoric of conservative creative city discourses, corporate property-led urban development and neo-liberal austerity politics over the last couple of decades, have led to an attack on artistic livelihoods as well as produced new conflicts and struggles over cultural spaces in cities. The focus of this talk will centre on the role alternative cultural producers and spaces can potentially play in challenging current urban development trends, by providing different ways of working, living, and playing in the capitalist city.
The initial part of the presentation will introduce the rationale and context behind Robert’s current research project ‘Urban Cultural Movements and the Struggle for Alternative Creative Spaces in Cities’. A middle section will focus on some of the themes that are emerging from the research findings, and will refer to a number of different historical and contemporary artistic examples from around the world, including commenting on the fascinating case of KuLe itself. What lessons can be learnt from longstanding alternative spaces, and what are some of barriers and obstacles artists face in creating ‘use value’ spaces in the city today? The final part of the presentation will draw out some of the main issues and challenges facing those struggling to create and maintain such spaces in the contemporary neo-liberal city, and invite further questions, comments, and debate through a round table discussion.“