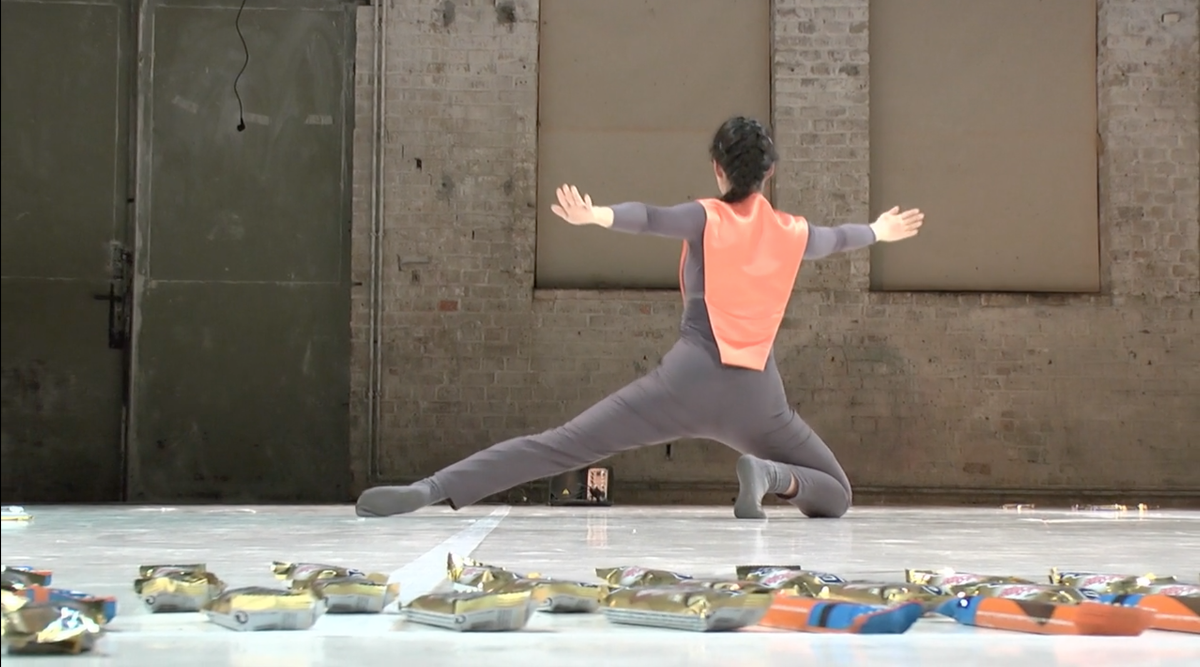 Performance for speech and movement
by Merle Richter & Miranda Markgraf

“Radicality means going beyond a fear in relation to a desire, in order to feel at home in one’s own body, one’s own time.”
(Suzana de Moraes)

A eurythmic dance, in which form arises and dissolves, that becomes breath and the possibility of visible linguistic nature. The dance itself designes the space beyond its existing proportions. The artists are working in great mindfulness with perception and movement, so as not to give them expression, but to rely on themselves as motion gestures. Spirit and question become form, the plasticity of movement. The piece is flow, is a temporary temple. It speaks, without trying to convince.

NON 論 DA 多 {PLAY} is a one-day inter-media lecture project that promotes the discourse of contemporary art in Asia and Europe. The idea encompasses the multiplicity of the word ‘nonda’ – in Chinese(論多) it can mean ‘to have various discussions’, and in Korean(논다) it means ‘playing’ or ‘to play’. Since 2014, NON 論 DA 多 {PLAY} has formed a platform for a diverse and innovative community through various forms – an interplay of sound, movement and vision. NON Berlin’s previous NON 論 DA 多 {PLAY} projects can be viewed through the website [www.nonberlin.com/nonda].