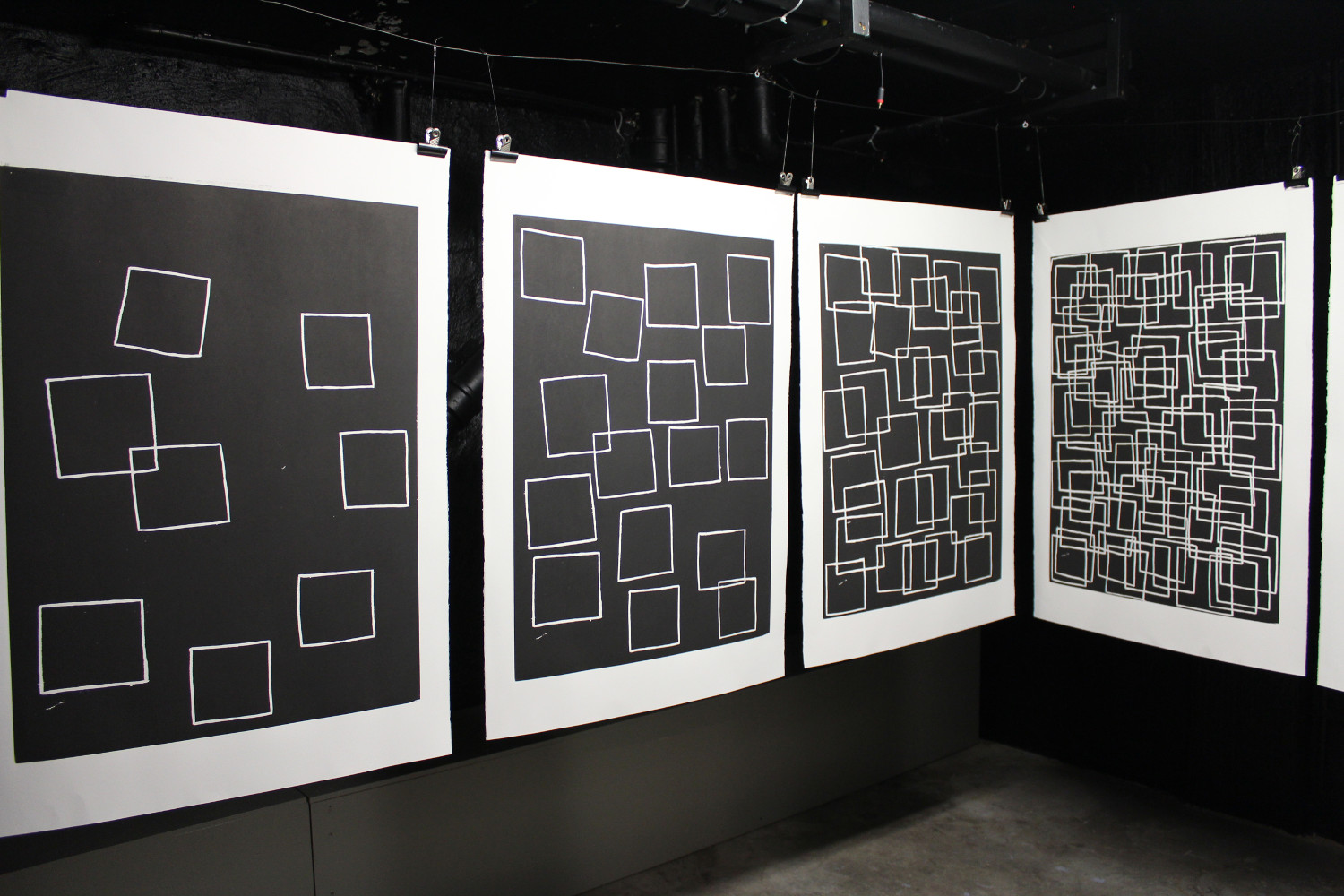 The exhibition Switch explores placement and how it affects artworks by changing the context in which they appear. Each artist contributes one work which has been exhibited at their solo-exhibition at Galleri CC in Malmö (SE). This means that all the works have a shared history, they’ve been shown, seen and, in some cases, been created for the same space, though they have never occupied the space at the same time. Now at HilbertRaum in Berlin, 468 kilometres away from Malmö, they share both time and space, for the first time.

Benjamin Andersson (SE), Arngrímur Borgþórsson (IS), Maja Gade Christensen (DK), Andreas Knag-Danielsen (NO), Madelaine Sillfors (SE), Linus Svensson (SE) and Sofia Wickman (SE) are members of the gallery committee that run Galleri CC. The gallery is a non-commercial, artist-run gallery located in Malmö, Sweden. The group running the gallery take on the roles of curators, embody and partake in exhibition concepts in collaborations with artists invited by the gallery. The exhibition Switch will be their premier of coming together and work, not as curators but as artists. The exhibition will consist of artworks which will both clash and share a common thread.

Galleri CC was founded in 2003 and is located in the residential neighbourhood of East Sorgenfri, Malmö. Since its inception the gallery has hosted more than one hundred exhibitions, performances and events with artists from all over the world.

Galleri CC has participated in Supermarket Art Fair in Stockholm, Art Swap Europe in Berlin, and Alt_Cph Art Fair in Copenhagen and collaborated with Galleria Rajatila Tampere (FI), WIZARD Gallery in Oslo (NO) and the OK Corral in Copenhagen (DK).