The Contours Of a Liminal Mind 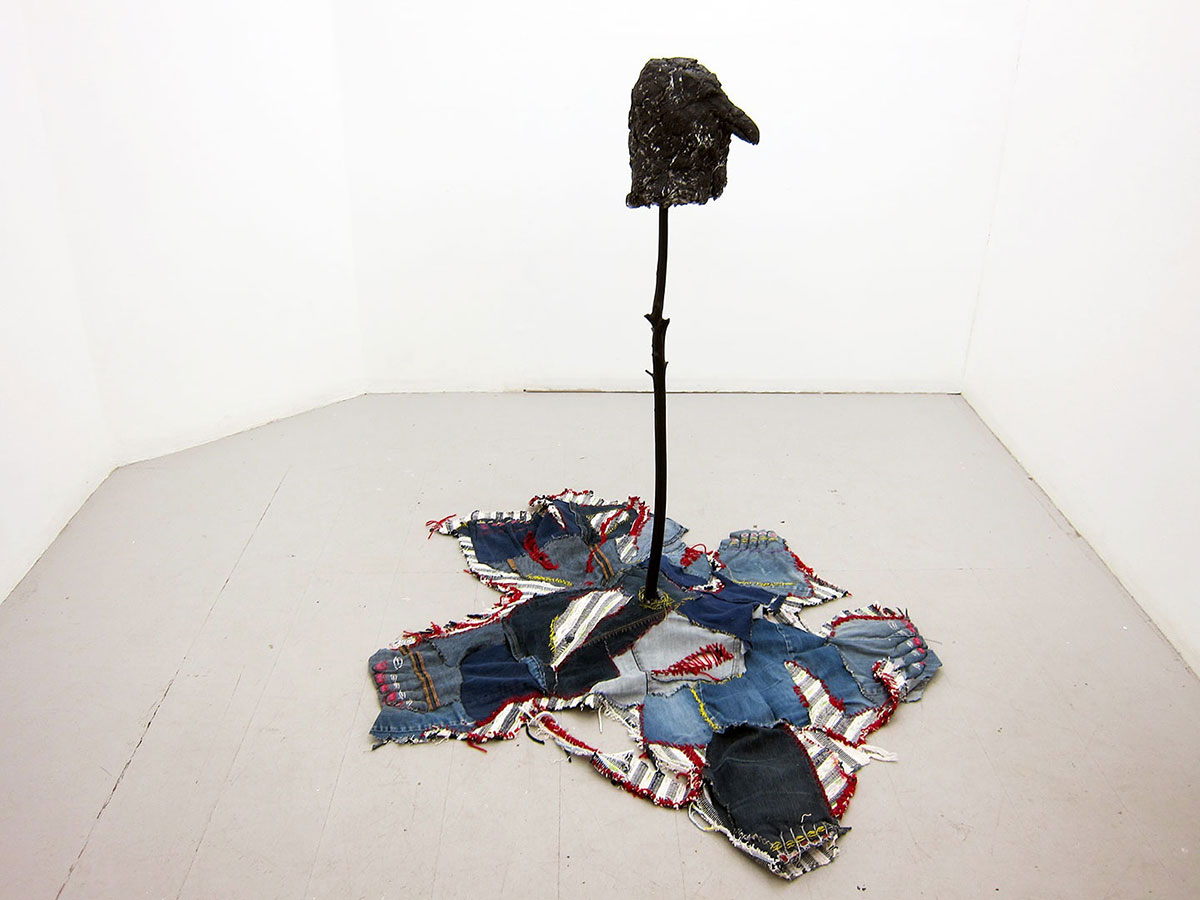 The Contours Of a Liminal Mind is an exhibition that focuses on the threshold between colliding cultures – the liminal space- which lets something new and unknowingly arise and open up for negotiation of meanings and representations. In this area between the worlds, new cultural identities are formed and reshaped in a constant state of becoming. From different points of our artistry, we derive our works from deep ecology, anthropological transformation concepts and the remains left in the world. We show photography, sculpture, sound-installation and video.

Karin Häll’s work reflects a universal interplay where human changeability is in focus; artworks that in different ways relate to phantoms and demands. Each piece has its own story where the point of departure has been to describe a societal phenomenon or a particular condition. She is working in various materials and consistently uses simple, recurrent, often archetypal symbols and statements to allow the recognizable to be charged with ambivalence. In the tradition of the arte povera movement, she uses the artistic expression inherent in everyday objects to open up complex issues for discussion.

Karin Häll studied at Konstfack, the University College of Art and Design, Stockholm (MFA), and completed postgraduate studies at the Royal Institute of Art, Stockholm. Her works have been shown in several art spaces and galleries in and outside of Sweden.

The artistic activity of Alexander Mood is mainly concerned with politics and history and how history informs the present. He often starts from an anthropological discourse and working method, and mainly use video and audio. The world is undergoing a paradigm shift where industrialism is about to disappear, but no new world order has yet been formed. This creates political and economic instability. History is not behind us; we are the history, shaping the future. History is in the present. Alexander Mood is interested in the part of history we do not want to acknowledge, known or address. That is, the part of ourselves we do not want to understand.

Alexander Mood studied in Stockholm and Dublin, where he got his BA from the National College of Art and Design, Dublin. He has participated in a number of exhibitions, mainly in Europe but also in America.

AnnelieWallins recent work have been influenced by microbiology and deep ecology and the idea that humans should be seen as part of an ecosystem rather than as standing above the same. Despite the fact that we often see ourselves as independent rulers of the world, it is clear that in other respects we are entirely symbiotic with other species. If we observe ourselves from a microbiological perspective, the most recent research shows that we are totally dependent on the microbes living within us and on our outside. Seen from this perspective, your skin is a boundary constantly negotiated by microbes from other individuals and species, such as your lover, your child, your dog, your cat, etc. A certain amount of microbes always mix with us or enter our body through its openings. Our borders are constantly crossed by foreign microbes; everyone is not hostile, most are good and often vital for us. New genetic surveys of humans show that any one person’s bacteria contributes about 8 million genes, while we ourselves only contribute about 22,000 genes. So in this respect, we are more bacteria than humans.